5 Transportation Technologies That Will Boom or Bust In 2019

Little bit of an evening read to just expand my knowledge on Solution Architecture and the different frameworks behind it!

Take a look at this article, about the most influential #WomenInTech !

Definitely worth your time looking into some of the women’s backgrounds and how they got to where they are!

Take a look at this great article on this very inspirational woman!

I’ve been helping a lovely female entrepreneur, Rene Perkins, around her planning stages of her app CityMaaS Assist.

Take a look at this article to read more about it ☺️

Take a look at how the University of Massachusetts is providing fellowships for graduate students from “historically underrepresented groups”… https://www.gazettenet.com/UMass-Amherst-creates-STEM-fellowship-for-underrepresented-groups-19453320

What are your thoughts?

I think this is great that a university is proactively trying to encourage diversity into STEM subjects, however, there needs to be careful considerations put into place to no be indirectly “offensive” and drive a wedge between the students who achieved the same thing but without the fellowship.

I was reading an article on Trump’s use of Twitter in his presidential campaign and the power social media also had in the recent UK elections. Many of Trump’s tweets (however controversial) get thousands, if not millions of views, likes and retweets. The old saying is any press is good press, but sometimes certain tweets can go too far, at the end of the day it needs to be remembered that the words are written in black and white and can be interpreted in different ways. A tweet can be deleted but it cannot be forgotten, especially if it has been seen and screenshot by thousands of people!

With the power of twitter and social media, do you think it is right that it can be used for political manipulation?

Love this idea of bringing STEM to all corners of youngsters, great way to get girls engaged and interested through a fun way of a rewarding badge! 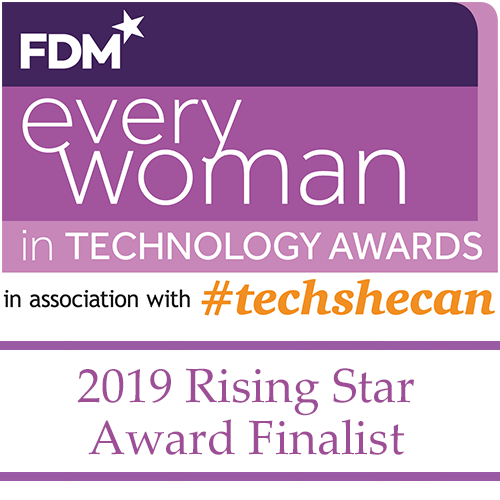